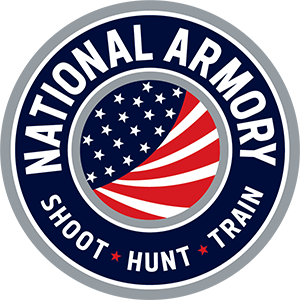 Action: Lever Action Repeater - Caliber: .17 HMR - Capacity: 11 Rounds - Stock: American Walnut - Sights: Semi-Buckhorn Brass Beaded - Finish: Brass - Length: 38.5 - Barrel Length: 20 - Weight: 6.75 lbs. - During the 19th century Old World artisans skilled in engraving elevated firearms from simple tools of survival to cherished art forms presented to dignitaries and sought after by collectors. One of the most famous representatives of this marriage of gunsmithing and fine art is the custom-engraved gold and rosewood Henry rifle presented to President Abraham Lincoln. It is now on display in the Smithsonians National Museum of American History. Today Henry Repeating Arms Company is proud to continue the tradition of transforming rifles into works of art with our Golden Boy Deluxe. And with the great success of our 1st and 2nd editions which sold out quickly Henry is pleased to introduce the Golden Boy Deluxe 3rd Edition. An authentic Henry Golden Boy is a firearm any gun aficionado would be proud to display. But add engraving inspired by the elaborate scrollwork of acclaimed 19th-century New York engraver Louis D. Nimschke and you have a museum-quality heirloom. Each numbered Deluxe 3rd Edition will be the pride of any recipient or firearm collector. Classic Golden Boy receiver. Intricate deeply etched patterns complement the rich grain of the select American walnut stock and forearm. Each limited-edition firearm bears a special serial number from 1 to 1000. For more than a century it has been an American tradition to bestow ornate rifles such as these on political and military leaders. You can continue that heritage by purchasing a Golden Boy Deluxe as an unforgettable gift for someone special. Its sure to be a treasure that any gun enthusiast will be proud to display and pass on to his children and grandchildren.